23 Sunday of Ordinary Time Year B 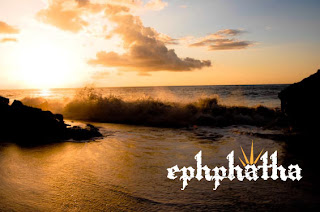 In the first reading from the prophet Isaiah the fullness of God’s love and God’s providence is prophesied.

“Be strong…. fear not
Here is your God…
he comes to save you.
Then will the eyes of the blind be opened,
the ears of the deaf be cleared”

They brought him to Jesus
He was their friend maybe even their brother or relative.

Whatever the case, he was someone important to them.

They cared enough about him to help him.

So they brought him to Jesus
and that in itself is surprising because the cities in the area called the Decapolis were not Jewish territory.

The people who brought the mute and deaf man to Jesus might not have even been Jewish.

However, they were so desperate that they put their hope in an itinerant Jewish Rabbi.

It is obvious that there is something different about the way the man was healed.

Last week Jesus simply prayed and demons were expelled and people were healed.

All of this happened in a group setting…

He took him off
by himself
away from the crowd

Jesus could have healed him without saying a word

Jesus could have chosen so many other ways to restore this man to health like he had done so many times before.

And yet
He took him off…
by himself…
away from the crowd.

Holy ones…
The man who could not hear and could not speak must have had a special need.

Maybe the years of isolation had taken their toll

Maybe he was approaching despair or had lost hope.

There was something different going on here because Jesus acted differently

This wounded man,
this soul,
this special soul
needed special attention and that is what he got.

We don’t really know what his special need was.

We do know that he was mute and deaf when he came and he returned singing shouting God’s praises.

Whatever his burden or burdens were they were gone.

Whatever had happened
Whatever was said between them… he was healed.

We know that
Jesus healed him in a special way
that he was healed with his touch and with his spittle.

Maybe he did so because the man could not have heard a prayer of healing.

That’s all we know about that encounter between God and man.

So great was their joy at seeing God’s love in their lives.

You know God didn’t just heal deaf and mute man…
he had touched the lives of everyone in that Crowd.

“Be strong…. fear not
Here is your God,
he comes to save you.
Then will the eyes of the blind be opened,
the ears of the deaf be cleared”

The deaf and mute man’s friends or relatives..
loved him.

It was their love and their hope and their faith that began the process.

If it were not for them he would have spent his life alone and isolated unable to communicate..

They loved him enough even to bring him to the Jewish Rabbi.

They refused to give up on him.

Who do we love?
Who do we care enough about to bring to God.

Who is not healed because we have not followed their example ?

So often we are reluctant to talk
about God
or about our faith
or about anything faith related with others.

We are uncomfortable and we don’t want to talk about it.
with the people we live with and work with.

So often we think “I don’t want to impose my religious views on anyone else.”

We think thoughts like,
”My faith is a private matter it for me. It is between me and God.”

How many people that we live and work with know that we are Catholic and that we go to Church on Sunday and that our faith is important to us ?

We kind expect people find faith on their own,
or we expect other people who know nothing about God’s love or God’s mercy or God’s revelation to make the first move..

If they don’t they we let them stay where their are.

We might even talk about them behind their back.

If that man’s friends and relatives had not brought him he would have never been made whole.

This private personal understanding of our faith is so contrary to the Gospel mandate at the end of Matthew’s Gospel.

“Go and make disciple of all nations….”

If everyone thought that their faith were a personal private matter the story of God’s love and our hope for salvation would have died with the first generation of disciples.

The Gospel also teaches us that…

God’s love is not one size fits all…
Jesus demonstrates so poignantly today that God touches our lives
that God heals us
in the way each one of us needs them to be touched.

He relates to some one way and others in another way.

His special attention to the man in the Gospel show the reverence that God has for each one of us and our unique needs.

As St. Theresa once said…
our glasses are all different sizes and shapes but they are all filled to the brim with God’s love.

So will we…
We will be loved by God in the way we need to be loved for as long as we need it.
Love can do nothing else.

As we go about our week let us pray for direction and guidance.

Let us ask God to help us learn how to be like the people in the Gospel who brought someone to Jesus.

Let us look around us at all the people that God will place in our lives and let us imitate God
by finding the way to love , in the unique manner they need to be loved and bring them to him

“Be strong…. fear not
Here is your God,
he comes to save you.
Then will the eyes of the blind be opened,
the ears of the deaf be cleared”