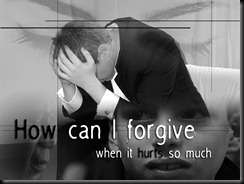 May the peace of Christ reign in our hearts.


Recently I read a book by Cardinal Francis George the Archbishop of Chicago. It was a collection of the talks he has given around the country. Many of them were way above my head, but I persevered because at the time the book cost $26.75 and I didn’t want to waste my money.

That simple sentence made the book worthwhile and this is what he said..

There is so much truth in that sentence.
The world indeed does indeed seem to permit everything but if things go awry or the sin becomes public or the media picks it up, the world refuses to forgive.

A person who sins in the world view is never the same.
He or she is marked for life.

We can all remember famous personalities who fell from grace in the world and were consigned to the ash heap of life.

Mercy, forgiveness, compassion, even rehabilitation, are not values that the world shares with those who follow Christ.

From today’s Gospel it becomes clear that vengeance, or retribution or even anger cannot be a part of a Christian’s life.

According the world’s values the young man in the story of the prodigal son deserved everything the father could dish out to him.

He sinned in every imaginable way.

The Prodigal Son himself expected only to be welcomed home as a slave.

Instead he received from his Father radical and some would say reckless mercy and forgiveness.

The first two passages in the Gospel about the finding the lost sheep and finding the lost coin teach us that not only does God forgive everything,
but Jesus expects us to take the first step.

Notice it was the shepherd who looked for the sheep not vice versa.

Like God we have to seek out the lost sheep even if it’s the sheep’s fault that it was loss.
(Who doesn’t have a lost sheep in their family?)
If you don’t tell me your secret.

Catholics  are called to search  for the lost coin or the  lost soul even when it takes a lot of effort.

Holy ones…
We Catholics have to be known as men and woman of forgiveness.

When Terry Anderson who was a hostage in Lebanon for years was freed one of the first questions he was asked was if he could ever forgive his captors. After years of unjust confinement he said

You know when I was a little boy there was an exaggerated legalism.
You were always worried that you were sinning.

And so in the hippie days the pendulum swung in the other direction. There are some former hippies in this congregation… We’re getting old.

In the hippie days it became fashionable to rewrite God’s law,

and say things like oh that’s not a sin even when it was .

We cannot rewrite God’s law,
rather we need to be a people who proclaim God’s mercy.

We need to say yes you made a mistake..
Yes you sinned…
but God loves you and God longs to forgive you.

In a world so broken and afraid we need to proclaim by our word and  especially by our good example that,

Forgiveness can be ours for the asking no matter what.

In our own lives we need to imitate God’s example and be radical in our willingness to forgive.

This is what Pope John Paul said as he emerged from the cell,

“What we talked about will have to remain a secret between him and me, the Pope said. I spoke to him as brother whom I have pardoned, and who has my complete trust."

Holy ones I know its hard so very hard to let go of resentment and bitterness.

Until we forgive with reckless abandon like God forgives us over and over again.

As Catholics let us teach the world how to forgive.

How we love Your Word Oh Lord. 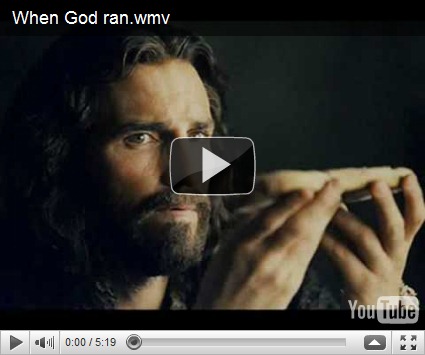