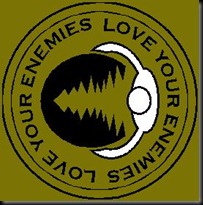 May the peace of Christ reign in our hearts.

Sometimes moments in our lives find a special place in our memory.

For example I still remember where I was when President Kennedy was shot.

I was in the third grade at Maryvale Elementary School.

When the PA System went on we could barely understand what was going on.

Some of the kids started to cry.

Then the Principal came on and told us we could pray like our families prayed at home.

As I looked around almost every kid made the sign of the cross.

Cheektowaga NY a suburb of Buffalo was a very Catholic town.

When 9/11 happened I was in the Campus Ministry Office in Washington DC.

The University Emergency Council was called to the President's office.

We tried to understand what was going on.

A campus Policeman kept poking his head in giving us updates,

like “the Pentagon has been hit, the Capital Building has been evacuated.”

I remember him saying “The State Department has been hit, Confirmed”

There was so much confusion no one really knew what was going on.

Finally the President of Catholic University cancelled all the classes and the whole university 5000 students and 1000 faculty and staff meet in the Shrine of the Immaculate Conception for Mass.

As we walked up the steps to the Shrine I remember seeing the smoke from the Pentagon.

There a girl talking on her cell phone crying hysterically saying “but I don't know where Gettysburg is how can I find you in Gettysburg?”

Her mother on the other end was also hysterical was trying to set up a meeting spot 80 miles away if disaster struck Washington.

There was a young Muslim woman with her head covered crying on the steps of the Basilica as we went in, several students were comforting her...

I heard her say “now everyone will hate us even more.”

One of the kids responded ”We are not going to let hate win love is more powerful.”

“We are not going to let them change our hearts”

His words really struck me.

That's what Jesus is trying to tell us today.

Jesus is exhorting his followers to never let evil or hate win.

They are very powerful and very destructive.

When someone experiences hate or anger in their lives they are so much more likely to pass it on to others.

The only way to overcome anger and hate and rage and evil is to have the extraordinary courage not to respond in kind.

Jesus said, “Love your enemies and pray for those who who persecute you.”

Some might think that responding to hate or evil with love is the coward’s way out or the easy way out.

I assure you it isn’t

No, it is not easy to love someone who hurts you or hates you but that’s exactly what Jesus did and that’s what he wants us to do.

Surrounded by hate and rage he responded with love and forgiveness.

“Father forgive them they know not what they are doing.”

The “them” he is talking about is us.

What does this all have to do with us, normal everyday people who live in Berlin CT?

Unless you have been living on your very own planet you have experienced anger and rage, and evil and maybe even hate.

We can hold on to these past hurts and let them fester and grow.

We can let them take root in us more and more or we can have the courage not to respond in kind.

Its so hard to break the cycle of evil which seems so interwoven into the fabric of our world.

Think about it when we allow bitterness to make us bitter,

ar anger to make us angry,

or hate to make us hateful then evil does really win

and all that is good looses.

This week the challenge of the Gospel is clear.

We know what God is asking… the question is can we or will we do it.

I know that there are some of us here who have a few telephone calls to make, a fewRelationships to mend.

I know that to some of us forgiveness to be given or received or both.

If you find it easy being a Catholic maybe your are living on your own planet.

Have a great week everyone.

thanks for including the readings and gospel.. yes, someone does read this.. :)