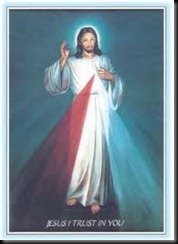 The first is what Catholics believe is  the institution of the sacrament of Confession.

“Jesus breathed on them and said receive the Holy Spirit whose sins you forgive are forgiven and whose sins you hold bound are held bound.” (John 20:21)

We  believe that with these words Jesus gave the Apostles and those who follow after them the power to forgive sins.

All of us are sinners.
all of us make mistakes.

There have been moments in each of our lives when we have chosen not love not to share not to give.

Many of us carry the burden of our mistakes for a long time.
I have met women who mourn their children lost to the plague of abortion for years and year and years.

I have met men who live with the regret of past sins and try as they might can never seem to get beyond them.
Sometimes they seem doomed to repeat them over and over again.

Jesus understand us,
he understands that we need an clear and infallible way of knowing that our sins are forgiven.

Confession is not something that the priest made up to hear people’s secrets.

Believe me there are only so many variations on a theme.

When we hear the words of Absolution in confessions Confession God is simply telling us I’ll never give up on you.

Confession is God’s way of picking us up and dusting us off.
As you have heard me say so many times... God is reckless with his mercy.

God is reckless indeed.
Please write this on your heart.
When you hear the words of absolution your sins are gone.

The other moment which pops out when you read this Gospel is Thomas’ encounter with the risen Lord.

Some might say oh that’s the doubting Thomas Gospel and I’ve heard that before.

Yes Thomas doubted but tradition tells us that there was more to him than his doubt.

Thomas is mentioned twice in the Gospel of St. John
After the rising of Lazarus from the dead Jesus announced that they would be returning to Judea where the Jews had previously tried to stone him.

The other Apostles were afraid to go but not Thomas.
He said... “Let us go and die with him.”

Thomas was more than his doubt and after his encounter with Jesus his profession of faith was strong and immediate.
My Lord and My God.

Tradition has it that he would later suffer martyrdom rather than renounce his faith in our Lord.

We have to be so careful that we don’t judge people by one moment or one mistake or one action.

We have to be careful that we don’t judge ourselves in the light of one moment or one failure or one action.

Jesus did not give up on Thomas but he encountered him where he was and called him to more.

We can’t give up on people but like Jesus must encounter them where they are and call them to more.

That’s what love demands and that’s what God’s mercy demands.

St. Faustina a religious nun who lived in the first half of the 20 century was gifted by God with the task of proclaiming to world the loving His loving unfailing mercy.

Mercy was Thomas’ for the asking because Jesus knew that Thomas was more than his doubts.

Mercy is ours for the asking...
for Jesus said
“Receive the Holy Spirit who sins you forgive are forgiven them whose sins you hold bound are held bound. “

The World doesn’t need us to re writing God’s law proclaiming this is not a sin and that is not a sin like they used to do in the 70s when I was growing up.

Rather the world needs a greater understanding of God’s law  and a desire to share his mercy with each and everyone of us after each and every one of our sins.